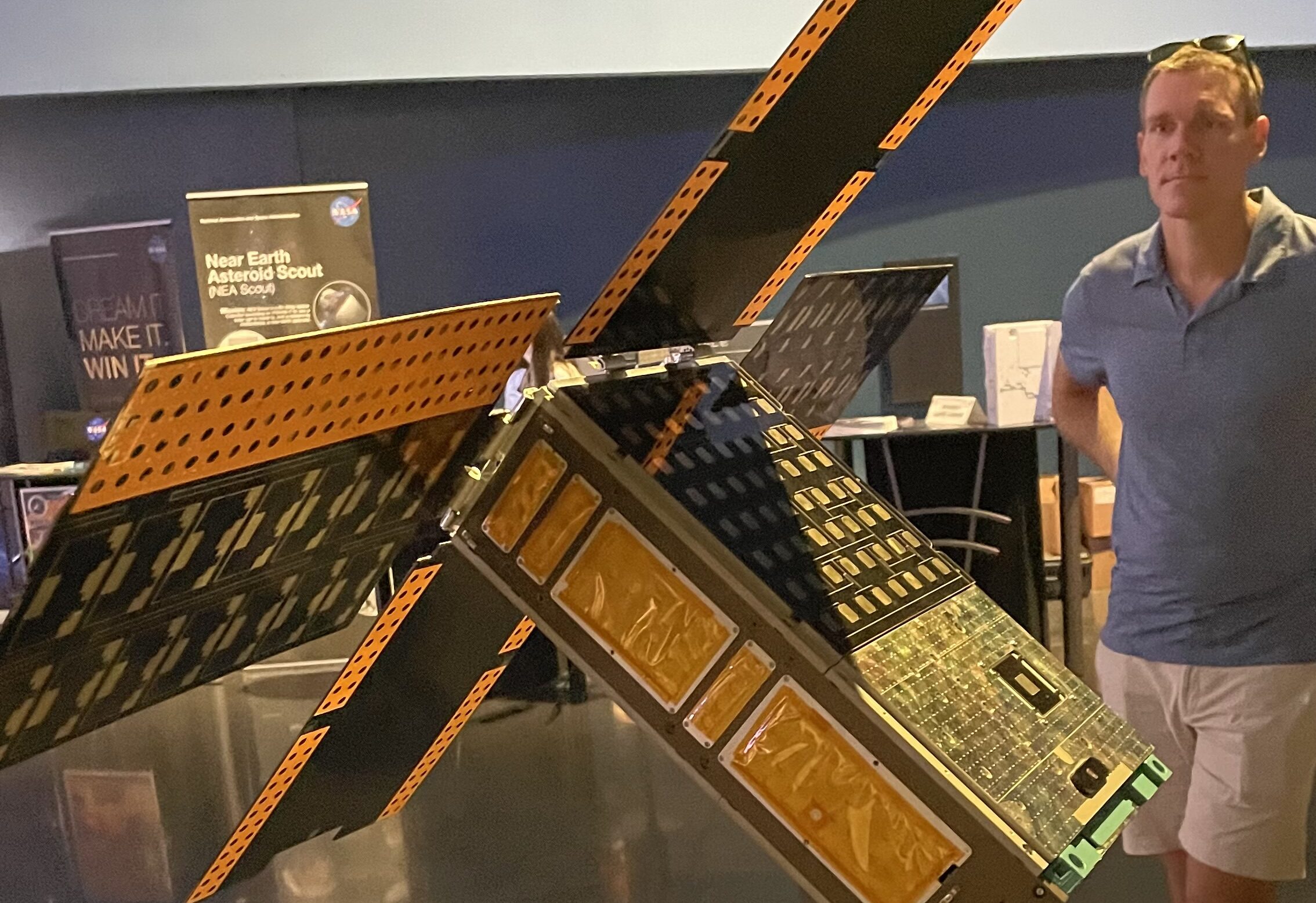 NOSM University researchers and the Life Sciences Laboratory at SNOLAB have partnered with NASA Ames Research Center to study the effects of space cosmic radiation on genetic material and travelled to the Kennedy Space Center to observe and celebrate the launch of the Artemis I.

Drs. Chris Thome and Doug Boreham and graduate student Mike Lapointe from NOSM University received a two-year $150,000 grant from the Canadian Space Agency in collaboration with Dr. Marianne Sowa, Chief of the Space Biosciences Division at the NASA Ames Research Center in California.

“To understand the biological effects of the cosmic radiation in deep space, our collaborators at NASA Ames Research Center are conducting an experiment in which live BioSentinel desiccated yeast—Baker’s Yeast or Saccharomyces cerevisiae—samples are travelling 40,000,000 km into deep space in a small spaceship called 6U Cubesat,” says Dr. Boreham, Professor and Division Head of Medical Sciences at NOSM University. “The 6U Cubesat will be a payload onboard the rocket Artemis I mission, which is set to launch in the coming weeks.”

Researchers at NOSM University and NASA are utilizing the same BioSentinel yeast in Sudbury’s SNOLAB, two kilometres underground in a Life Sciences Laboratory. Shielded from cosmic radiation in an ultra-low radiation environment, this experiment will compare and assess the impact of the absence or presence of high levels of natural cosmic radiation on living cells’ genetic material.

“The research is aimed at understanding how living cells can respond and adapt to the harsh radiation environment in outer space,” says Dr. Thome. “These experiments will build our knowledge on the potential risks inherent to future crewed missions to the moon and Mars and help develop new methods for extra-terrestrial protection of living organisms.”

NOSM University researchers and their NASA partners travelled to Kennedy Space Center in Cape Canaveral on August 29 to observe and celebrate the beginning of exciting research with the upcoming launch of the Artemis I rocket and deployment to the moon of the BioSentinel yeast project. The mission has again been delayed due to Hurricane Ian. Launch details can be found on NASA’s Artemis blog.

– 30 –
NOSM University is Canada’s first independent medical university and one of the greatest education and physician workforce strategy success stories of Northern Ontario. More than just a medical university, it was purpose built to address the health needs of the region. While advocating for equitable access to care, the university contributes to the economic development of Northern Ontario. NOSM University relies on the commitment and expertise of the peoples of Northern Ontario to educate health-care professionals to practise in Indigenous, Francophone, rural, remote and underserved communities. With a focus on diversity, inclusion and advocacy, NOSM University is an award-winning, socially accountable organization renowned for its innovative model of distributed, community-engaged education and research. NOSM University connects researchers, learners, teams and their findings to research entities, provincial health teams, research institutes, academic health sciences centres and health-care organizations. The university strengthens research capacity in Northern Ontario, improving performance and measurable outcomes in health services, quality health care, health and biomedical research and knowledge translation.