Where are they now? Charter Class Alumna thrives in rural Francophone practice 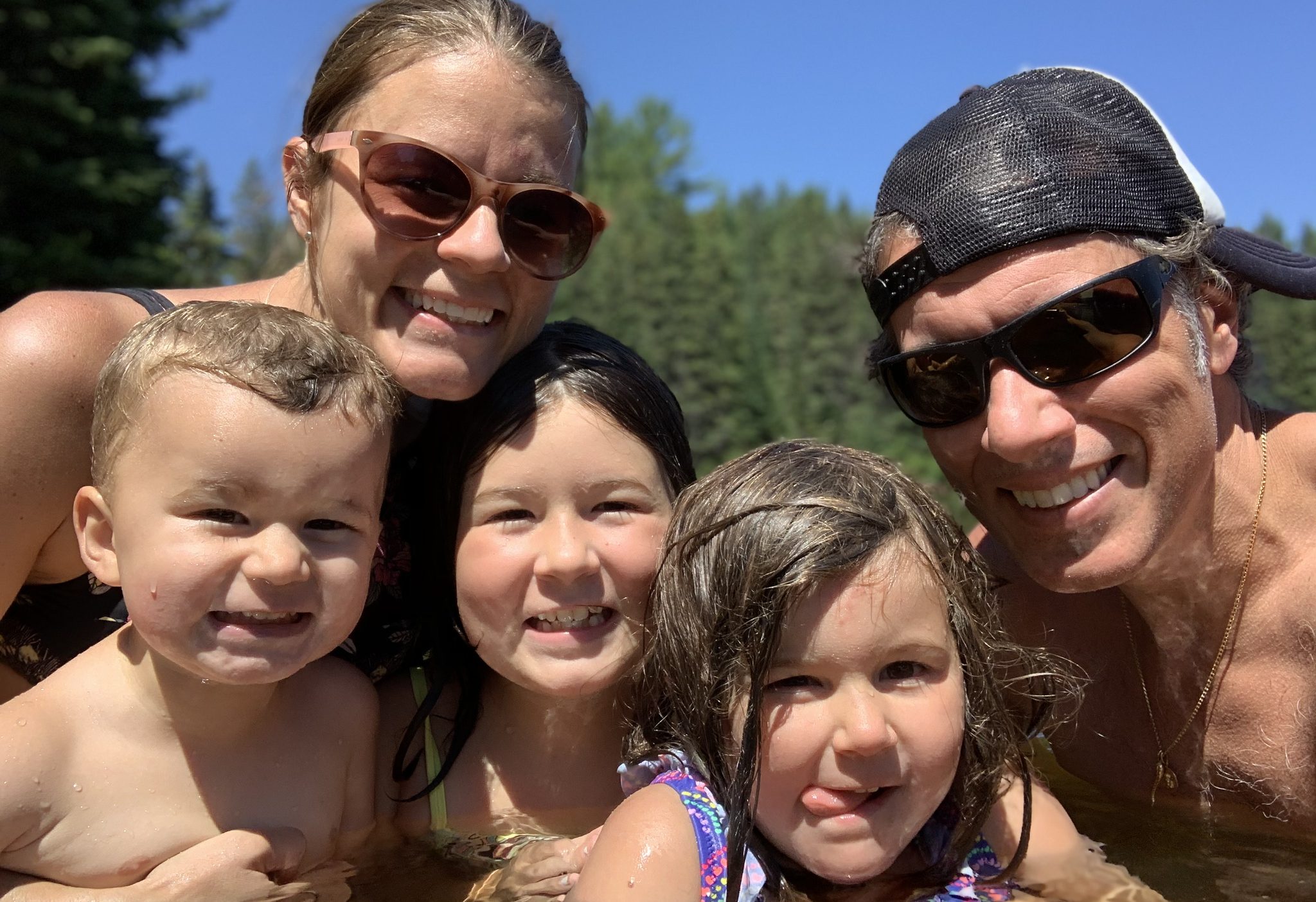 Reflecting back, Dr. Lyndsay Berardi says her mother’s experience with breast cancer ignited her ambition to become a family physician. At the time, Lyndsay was a Francophone teenager in Kirkland Lake. Her mother’s diagnosis marked the beginning of many trips to Sudbury for cancer treatment, and for Lyndsay, it would chart the course of her career in medicine.

“Even though I was relatively young, I was acutely aware of some of the inequities in accessing health care; having to drive three-and-a-half hours to go to Sudbury for my mother’s oncology appointments and there were times when I wouldn’t see her for six weeks because she was having radiation treatments,” Lyndsay says.

“At that point I was more and more drawn to the idea of pursuing medicine as a career. I went to university and studied biochemistry with the full intention of applying for medical school. This was around the same time that NOSM was starting up and everyone in Northern Ontario was really excited to be gaining a new medical school,” she says.

“Getting into the new medical school became my ultimate goal. I went through university telling myself ‘I’m going to be a member of the charter class.’ The goal was to get into medicine so that I could help people like my mom by ensuring they have access to health care, and that they can receive health care in a compassionate, culturally appropriate manner from somebody who was really invested in their care.”

To this day, Lyndsay says helping her patients navigate the intricacies of the health-care system is a service she works hard to provide for her patients.

“The system is complicated for physicians to navigate, let alone patients who are unwell and afraid. That’s what I saw happen to my mom and I was adamant that I wanted to be part of the solution.”

She joined the charter class at NOSM in 2005. In class she met her husband Dr. Philip Berardi, fellow NOSM charter class Alumnus from Sault Ste. Marie, who is now a Hematopathologist at the Ottawa Hospital campus and an Assistant professor at the University of Ottawa. They now have three children and live in Orleans between Rockland and the Ottawa Hospital.

Lyndsay’s family medicine practice is in Rockland, a rural Francophone community of approximately 10,000 located about 45 minutes east of Ottawa. She says she was drawn to the small French community because it reminds her of Francophone Northern Ontario. In Rockland she practices entirely in French “which is something I’m very proud and happy to be able to do,” she says.

“Our intention was always to go back to Northern Ontario, but with the level of Phil’s specialty, jobs for him were mainly in large tertiary centers, which is why we decided on Ottawa. That’s also how I discovered Rockland, where I’ve been working as a family doctor since I graduated residency in 2011.”

She credits NOSM’s strong Francophone advocacy, curriculum and inclusiveness for supporting her as a Francophone medical student which allowed her to study medicine in French.

“If it wasn’t for NOSM, I don’t know that I would’ve been able to acquire the Francophone community experiences, medical skills and terminology required to continue to practice 100 per cent in French. I would’ve likely ended up practicing in English,” Lyndsay says.

“Having been born and raised in Kirkland Lake to a Francophone family meant that retaining the French language was really important to me. At NOSM, French health care was always stressed and equally valued, and all efforts were made to allow me to learn and practice in French.”

“All of the medical French terms are not commonly used French words, so there was definitely a learning curve over the past ten years while I practiced only with French physicians and patients,” she says. “I don’t think I would have ever felt comfortable had NOSM not provided me with the opportunity to learn medicine in French.”

She says cultural sensitivity is a core strength of the MD Program at NOSM, as is NOSM’s approach to clinical skills.

“During my MD program at NOSM, I had the opportunity to focus on the clinical skills right from the start. That is what makes the school successful. I now teach residents in their second year of residency from places like University of Toronto who have only read about the skills that NOSM students have performed several times.”

“For example, by the time I got to residency I had performed several lumbar punctures compared to others who said they’d only read about them many times. That’s the beauty of NOSM, and rural medicine. It’s a very hands-on approach to learning medicine,” Lyndsay says. “There’s no hierarchy of residents either that you have to wade through in order to get the opportunity to try.”

“I feel indebted to NOSM. The program changed my life, it’s where I met my husband, it’s where I was supported through training because medical school and residency are not easy. I am so thankful and appreciative to the faculty in Sudbury, for the time they took to teach me. If it weren’t for their many hours dedicated to my learning and to the success of the School, we wouldn’t be in the position we are right now in our lives. I feel that sense of gratitude every day and every time I have a student or a resident work with me. I’m so grateful to NOSM for that.”