September 30 marks the National Day for Truth and Reconciliation

Since 2014, people from across Canada have worn orange shirts as a reminder of what happened to more than 150,000 Indigenous children who attended residential schools. The orange shirt movement was initiated by Phyllis Webstad who is a Northern Secwepemc from the Stswecem’c Xgat’tem First Nation. When Phyllis was six years old, she was taken to St. Joseph’s Mission Residential School. Her grandmother had bought her a new orange shirt for the occasion, however that shirt was taken away from her never to be seen again. 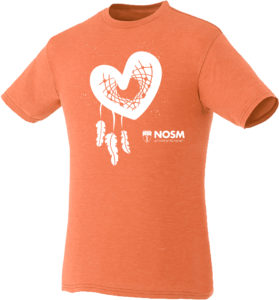 Each year, NOSM University creates a new T-shirt honouring the National Day of Truth and Reconciliation and the orange shirt movement. This year’s artwork reminds us of interconnectedness; everything we do now has an impact seven generations from today. The heart represents learning the harsh Truth with an open heart and accepting the knowledge shared by Survivors. The three feathers represent the number of years we’ve been acknowledging this day and are a gentle reminder to keep one’s mind, body, and Spirit in balance. The harsh Truth we acknowledge is that thousands of children died while at residential school; this knowledge and learning is heavy-hearted work.

All proceeds will go to the Truth Award; an Indigenous medical student bursary.

Donations can be made in support of the Truth Award for an Indigenous medical student at NOSM University or to the Indigenous Educational Initiatives fund. Charitable donation receipts will be issued for all gifts over $25.00.

Listen, learn, and reflect on the impacts of residential schools and the uncovered truths of the unmarked burial sites of Indigenous children at and near Residential Schools locations across Canada.

NOSM Indigenous Affairs has provided links to key resources, organizations and services for your information. We invite you to take a closer look at the learning opportunities in the suggested resources books, podcasts, websites, and more.

There are several events open to the public to honour survivors of residential schools, and those who never returned home:

More event information can be found at http://ndtr.indigenoussudbury.ca

Please check back as we hope to add more community events over the next two weeks. Miigwetch, maarsii, merci.

Past NOSM U Orange Shirt Designs 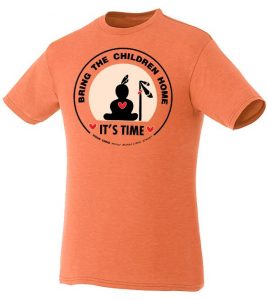 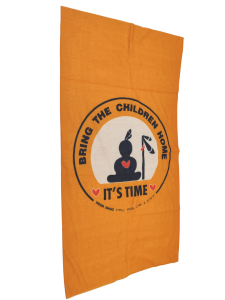 Bring The Children Home. It’s Time. The artist, Isaac Murdoch, said it is a rendering of what is believed to be hundreds of years old pictograph discovered near the site of the old residential schools in Spanish, west of Sudbury. “Years ago, it was prophesized that a man was going to come to our lands, and he was going to steal our children. He was going to have two serpents living in his body, one in each arm,” said Murdoch. “Each serpent represented a government. It was told that if we tied feathers in the child’s hair, the children would find their way back home.” The pictograph, Murdoch added, was created using white paint – a departure from the red clay paint that is typically seen. “Hundreds of years ago, they actually foretold what was going to happen there. The pictograph is so unique and incredible. Unfortunately, it comes with a sad story,” he said. Murdoch originally created the image used in The Honour Project about three years ago. “It was a friend of mine who wanted to start a project where they would make moccasins to send to the little babies that were taken from their mothers and placed in foster care,” he said. “She asked for an image and I said, I will make an image, but it has to be used for everybody. I took some historical context and kind of contemporized the image, and it took on a life of its own.” The rendering is being used by the Bring Our Children Home initiative that aims to end the pain, suffering, and death that Indigenous children have experienced as a result of their involvement with the Canadian child welfare system. Read more here. 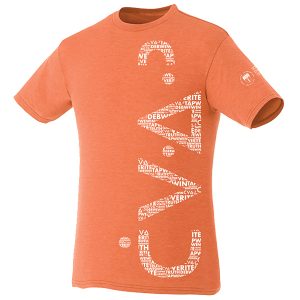 This Truth design in support of the Orange Shirt Day campaign was a collaborative creation in house with community consultation of 6 different languages in Northern Ontario of the word Truth. The whole planning group is very please to share this new design. Both designs are available to purchase this year and we have added more sizing options also in response to feedback received that youth sizes are of interest to purchase as well. 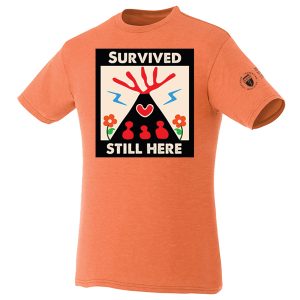 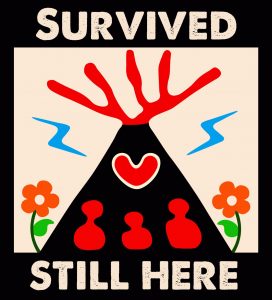 The artwork created for NOSM’s Orange Shirt Day campaign comes from Isaac Murdoch and says in bold lettering: Survived. Still here. The Orange Shirt Day champions at NOSM hope that the strong statement will give you pause to consider how you can work towards reconciliation in your own life and through your work at NOSM. The art statement, graciously provided by Isaac, explains his vision for the artwork:

It’s no secret the devastating effects the Residential Schools continue to have on individuals, families, and communities. This image is to commemorate the absolute resilience of Indigenous people as they navigate through healing and resurgence for lands.  The Lodge shown is filled with a family. It is to show that we have full autonomy as Nations over our children, and when we do, we stop the genocide against Indigenous people. The Heart is Love. The flowers represent growth and traditional medicine. These are both needed on our healing journeys. The lightning bolts signify the power of our lodges and the families that sit in them. When people, lodges, and spirit connect, magic happens. As Indigenous people, we survived and are still here casting medicine across the earth for healing. Isaac Murdoch, Anishinaabe artist and activist.