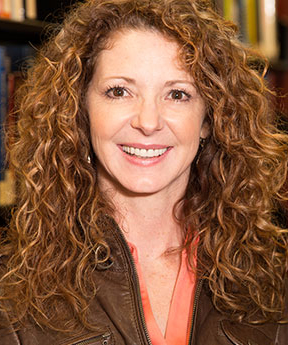 That, according to Northern Ontario School of Medicine grad Dr. Catherine McGuire of Thunder Bay, is the advice she would share with anyone contemplating a career in medicine.

An aptitude test in high school to determine what career she would be suited for pointed to medicine. “Unfortunately, I was discouraged from going that route because, according to my guidance counsellor, my family didn’t have the necessary resources,” she recalled. A member of the Métis Nation of Ontario, Catherine went to college to train as a law clerk instead. She worked in the legal field for a while, had three children, became a stay-at-home mom and did volunteer work with the Métis community.

“Obesity, diabetes, cardiovascular disease, addiction and suicide,” she said, “were all around me and I felt I needed to help.

“A lot of people were still using traditional medicines, so I tried to persuade them to go see a doctor, but it was a fight. They didn’t seem to trust Western medicine and I could see where they were coming from, but not completely.”

She had long given up on the idea of becoming a doctor herself, but while serving as a community co- ordinator for three NOSM medical students performing their first year Aboriginal placement with the Métis Nation of Ontario, the long abandoned dream didn’t seem so far-fetched after all.

Lacking an undergraduate degree, Catherine applied to Lakehead University as a mature student, earned a Bachelor’s degree in Gerontology and graduated as an MD from NOSM in May.

Catherine was assigned to Fort Frances for her eight-month clerkship in third year, and loved it.

“The people were extremely friendly, open and helpful,” she remarked. “The experience opened my eyes to how a practice in a rural area is so much broader. The physicians in the clinic also do ER work. They go to the old folks home, make house calls and assist in surgery, so that’s my plan – to end up in a rural, remote setting in Northern Ontario.”

In July, Catherine – now Dr. McGuire – begins a two-year residency through the University of Manitoba’s Family Medicine Northern/Remote Stream, so the journey is not over yet, but the goal is finally in sight.