Giving back to her community. 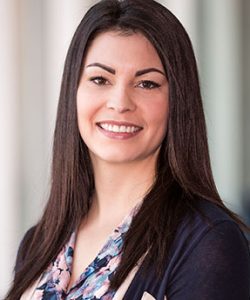 Becoming a doctor was most likely the furthest thing from her mind as Zoe Michano-Furlotte daydreamed during the two or more hours she spent commuting from Caramat to high school in Geraldton every day.

Doubting she was cut out for university, Zoe enrolled in a fitness and health promotion program at Fanshawe College in London, but moved back to Northern Ontario “because (she) missed (her) family so much.”

With a little more confidence, she went on to earn a nursing degree at Lakehead University, worked for a year at Thunder Bay Regional Health Sciences Centre and was accepted at the Northern Ontario School of Medicine in September 2012.

She had several experiences in Aboriginal communities through her four years in med school, beginning in first year with what was supposed to be a four-week placement in Attawapiskat that was cut short when spring flooding forced an evacuation of the community. Later that year, she also spent a week in Summer Beaver, a remote fly-in community north of Sioux Lookout.

She spent one month in Geraldton and one month in Gore Bay in second year, followed by a one-month elective in Sioux Lookout focused on Emergency Medicine and a prenatal tapering program for women with opiate addictions.

“My eight-month clerkship in Kenora during third year was a really great experience,” she said. “The family docs there do so much. I can’t say enough about them.”

Zoe matched to NOSM’s Thunder Bay family medicine residency program, which is perfect for her given her deep roots in the region and her interest in Aboriginal medicine. As a bonus, she gets to visit often with both of her grandmothers, as well as a sister who live in Thunder Bay.